So lazy that the thought of a guided tour of the city makes you sweat? Explore the historical landmarks in Florence, Italy, at your own peace with StudentVille. It's descriptions of Florence landmarks, locations of the most important Florence buildings and of the most incredible Firenze monuments in town ( read more about cultural life in Florence). 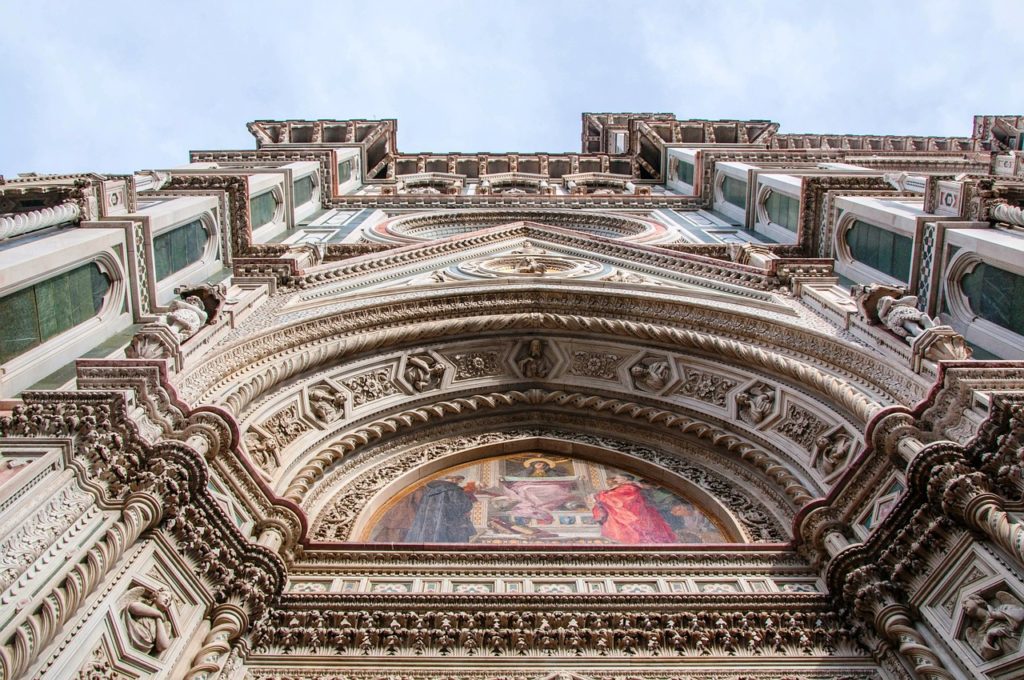 We have chosen the best Florence landmarks historic sites to wander around since the Florence Italy landmarks are situated within walking distance one from each other. If you are wondering which of the Florence buildings is the oldest building in Florence is not Palazzo Vecchio called “The Old Palace”, but the Torre della Pagliazza situated in Piazza Elisabetta, in one of the most ancient parts of the city.

The dome of the cathedral of Santa Maria del Fiore is one of the two famous landmarks in Italy structurally completed and designed by Brunelleschi. Studentsville.it has selected all the most Italian monuments list for you not only the Florence monuments!

Is the Pantheon in Rome one of the historical monuments in Italy built as a temple from Adriano in 117dC and never has been abandoned and one of the most  famous buildings in Italy.

In this section we focus at the most famous buildings in Florence, Italy, and all the most interesting museums to visit.

Enjoy the a "live Renaissance performance of the Florence, Italy buildings" by visiting the most famous landmarks in Florence with studentsVille.it! We suggest to buy the tickets in advance on the official sites of each monument of Florence so you can avoid to lose your time queuing.

Enjoy the a "live Renaissance performance" in Florence with studentsVille.it!

The Baptistery is one of the most ancient buildings in Florence, built in the XI century on a IV century structure.  It's famous for the 'Porta del Paradiso' (Heaven's gate), as Michelangelo named it. This door, in front of the Duomo's main entrance, was realized by Ghiberti in the XV century.

The Duomo of Florence is one of the most important Gothic buildings in Italy, dedicated to Santa Maria del Fiore. Construction started in 1296 under architect Arnolfo di Cambio and stopped for the first time upon his death in 1310. Many others worked on the cathedral, including Talenti and Brunelleschi, who built the famous cupola (dome) from 1420 to 1436. The facade was deigned by De Fabris and completed in 1887. The internal walls were frescoed by Giorgio Vasari and Federico Zuccari.

The Giotto bell tower is an important part of the Florentine skyline with one of the best views in the city. Work on the building started in 1334, under the guide of Giotto and Andrea Pisano. Upon Giotto's death, only the lower part was completed. The tower was finished by Talenti in 1359. 84.7 metres high, 414 steps lead you to the top.

This is the most important non-religious building of Florence. It was built from 1299 to 1314 by Arnolfo Di Cambio, and was later expanded by Buontalenti and Vasari in the XVI century. In the period when Florence was the capital of Italy, it was the Foreign office. It is now the city hall. After passing through the entrance hall, decorated in the XVI century, you can go upstairs to the 'Salone dei Cinquecento,' built by Il Cronaca to house Florentine Republic Council meetings. It was later decorated by Vasari.

The oldest and most famous bridge in Florence. It was built in 1345 by Neri di Fioravante. It was the only bridge left standing after the German's attacked the city during World War II. You will surely recognize it by the houses on top (now are jewelry shops). The 'Corridoio Vasariano,' which leads from Palazzo della Signoria to Pitti Palace, runs above them. From the bridge, you can enjoy a beautiful view of the Arno river and Florence's other bridges.

The biggest palace in Florence. It was built for the Pitti family in 1458 by Brunelleschi. The building was expanded over the centuries and completed in 1783. It was the Grand Duke's house for a long time, the house of the government in the period when Florence was the capital of Italy.

A marvelous example of Gothic architecture in Italy, this church was built by the Dominicans from 1246 to 1360. The facade, realized by L.B. Alberti, was built in the late XV century.

The oldest Florentine basilica. It was inaugurated by Sant'Ambrogio in 393, restored in Romanesque style in the 11th century. Its final form, what we see today, took shape between 1419 and 1460 and was mostly funded by the Medici's. Filippo Brunelleschi and Michelangelo built the Old and New Sacristies. Michelangelo also designed the Medicean-Laurentian Library. The Medici Chapel, where many Medici's are buried, is behind the basilica.

According to some experts, the cloister was designed by Brunelleschi and completed by one of his pupils after his death. According to others, it is the work of the Medici family's architect: Michelozzo. In any case, its elegant and serene arcades, and arches resting on Ionic columns are certainly Brunelleschi's style. Michelangelo was given commission for the library in 1524 by Medicean Pope Clemente VII, but it was not completed until 1578. It holds the immense and invaluable collection of books and manuscripts that the Medicis, from Cosimo il Vecchio to Lorenzo il Magnifico, gathered over years.

Probably the most beautiful church in Florence. It was built during the 11th and 13th centuries in Romanesque style. The interior is superb as is the view of Florence that you have from here. The church is above Piazzale Michelangelo and is not easy reachable by bus; you have to take number 12, which has strange time table - it passes every 25 minutes! Go there in the afternoon, so you can enjoy the beautiful sunset and listen to the Gregorian choir that sings every day at 5 p.m. 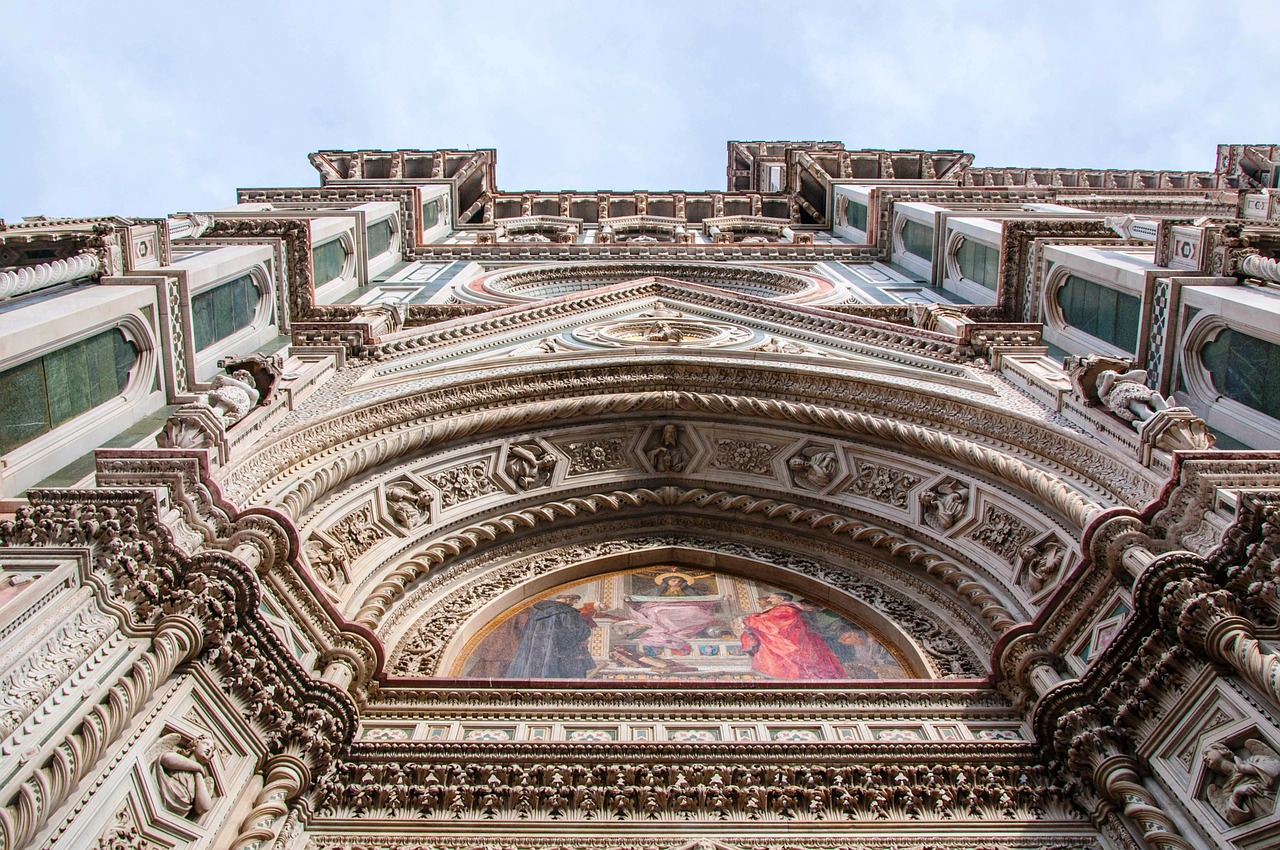