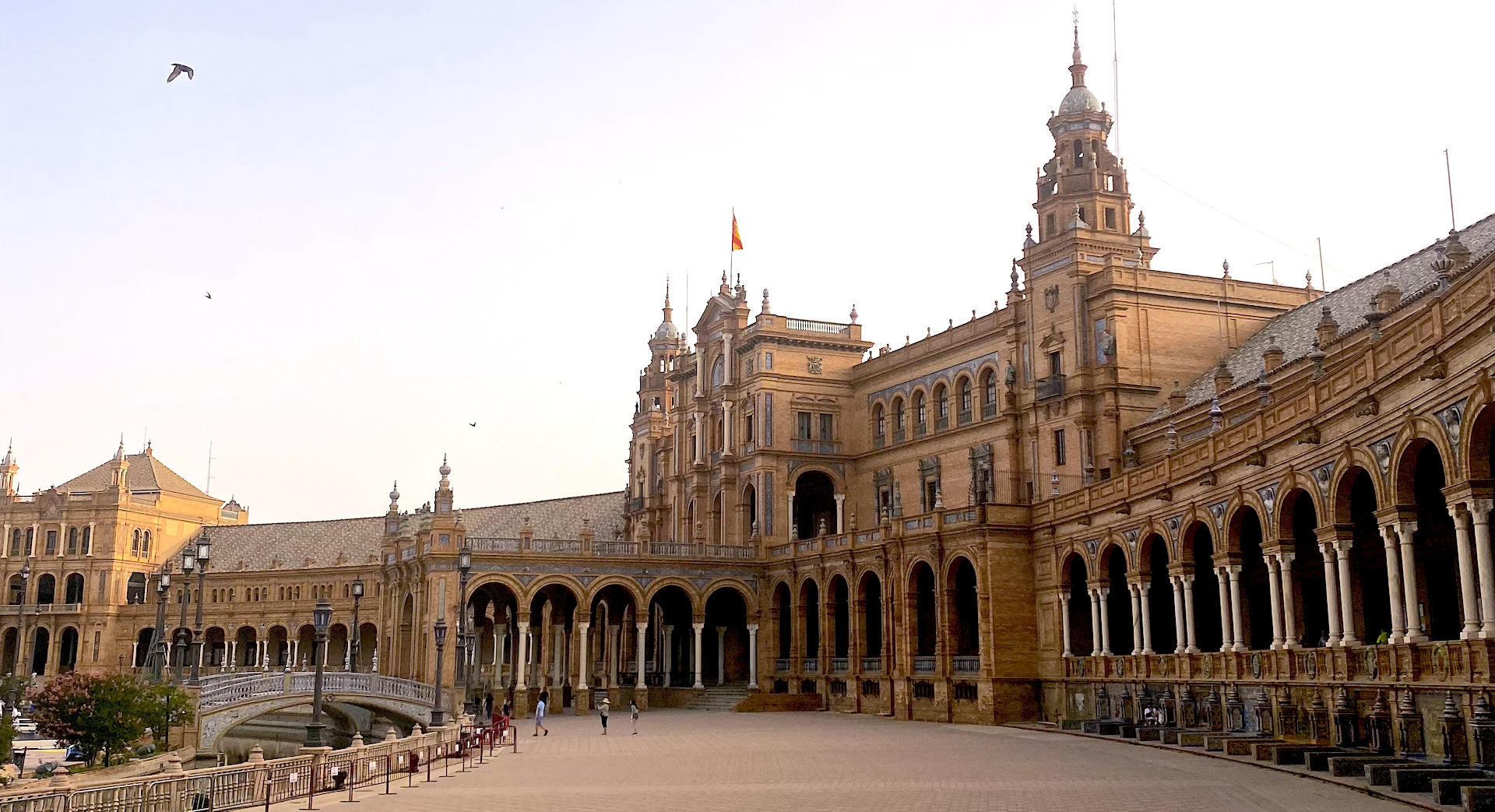 Living in Seville is truly a blessing. For those of you who are looking for an enjoyable stay in one of Spain’s most stunning cities, don’t worry StudentsVille has already done the hard work for you…so you can avoid the hassle and the waste of time in calls and ads.

If you’re looking for a place to stay for your Erasmus, Leonardo Programme or semester abroad with appropriate accommodation in Seville, you have found it here! We team up with an unmatched partner to offer high-quality houses for rent in the city’s most beautiful neighborhoods or barrios as a Spaniard would say. You have the chance to rent a single room or an entire apartment in Seville’s historic center.

In these pages, you’ll find helpful information about the Spanish city of Seville: where it is located, how far away it is from the main European cities, which are the most famous areas and streets, its parks, and the transportation system. Plus, there’ll be an extra focus on Seville schools, universities, and the faculties you can find in the Andalusian capital.
Our mission is to help international students, young workers, and professionals to find their paths. We provide tips on city life, recommendations on food, and a broad overview of cultural events.

Are you thinking of moving to Spain? Follow us and let’s fly together to Seville.

Where is Sevilla located in Spain?

If you were wondering where Seville is in Spain, take a look at the Iberic peninsula map: Seville is in the southwest. The city is located in a very flat territory since it’s only 7 meters above sea level. It’s on the left bank of the Guadalquivir river and when looking at where Seville is on a map, you can spot it at 80 kilometers from the river’s mouth.

To help you in the quest for the perfect place to live we have created a map of Seville, Spain.
By clicking on the different layers of the section on the left you’ll be able to work out how well the area is connected and how far away it is from the universities. In a few words: if it’s worth your money!

Seville’s map and the relocation of its neighborhoods

The choice of the neighborhood where to search for a house is crucial. The quality of your experience here depends too and above all on this factor.
Which features must a perfect neighborhood have?

Where to stay in Seville: the best neighborhoods

If you agree with these three parameters, then you’ll be interested in the top 5 neighborhoods of Seville:
1. Triana
2. La Macarena
3. Reina Mercedes
4. Nervirón
5. La Alameda

You can discover which ones to avoid here. 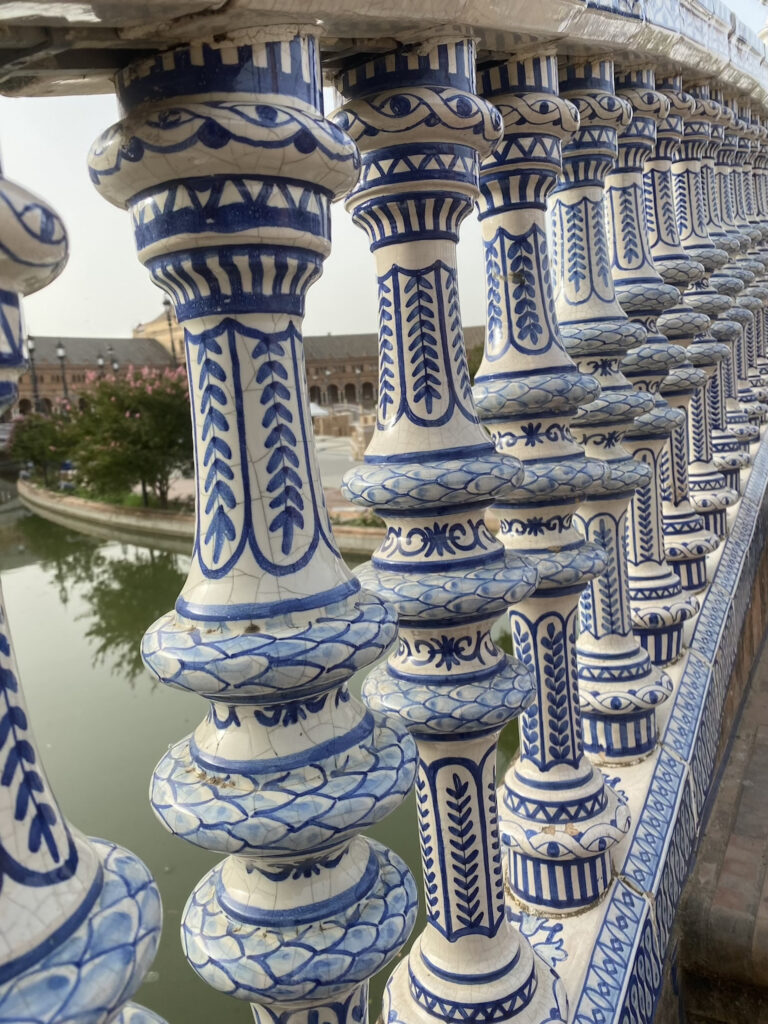 Among these neighborhoods, you won’t find Seville’s historic center, and not because it’s not a good neighborhood to live in, that’s not the reason at all. It’s just that the center is the most expensive one. If you can find accommodation in the Seville center for an affordable price, carpe diem!

Take a look here to get to know the best area to stay in Seville.

How to get to Seville by plane?

Direct flights to Seville from the UK

Are you looking for a direct (and cheap) flight to Seville? The best way to spend little money and buy a direct flight is to book in advance. Keep in mind that the average prices for one-way flights to Seville from the UK are:
– From Bristol around 80 euros
– From Newcastle-upon-Tyne around 131 euros
– From Birmingham around 128 euros
Generally, July and August are considered “high season”, while February and October are the months during which you can save money. You can also depart from other British cities such as Manchester and London, but prices are usually higher, as it is for Scotland (Glasgow and Edinburgh).
Which airlines fly from the UK? Ryanair, EasyJet, Iberia, Vueling, and British Airways are the main ones.

Getting to Seville from the United States

What about who arrives from the States? Are there direct flights from the USA to Seville Spain? The major American airlines (such as American Airlines, US Airways, and Delta) operate direct flights to Barcelona and Madrid. Don’t worry about how to go from Barcelona to Seville or how far Madrid is, you can take a train or a domestic flight to reach the Andalusian capital.

Flights from Seville to Italy

If you were in the mood for a trip to Italy while staying in Seville you should know that the flights are not that frequent, but they connect many Italian airports. Seville is connected to important Italian cities that you might want to visit such as Bologna, Milan, Naples, Pisa, Rome, Turin, Venice, and Verona. The airlines that offer direct flights from Seville to Italy and vice versa are Vueling, RyanAir, and Blue Air.

Useful information for your stay in Seville

Seville is one of Spain’s most important cities and Andalusia’s capital. It’s known all over the world for its magic aura, for being a green and vital city, rich in monuments. Here you can sense the influences of multiple cultures that have followed one another throughout centuries. 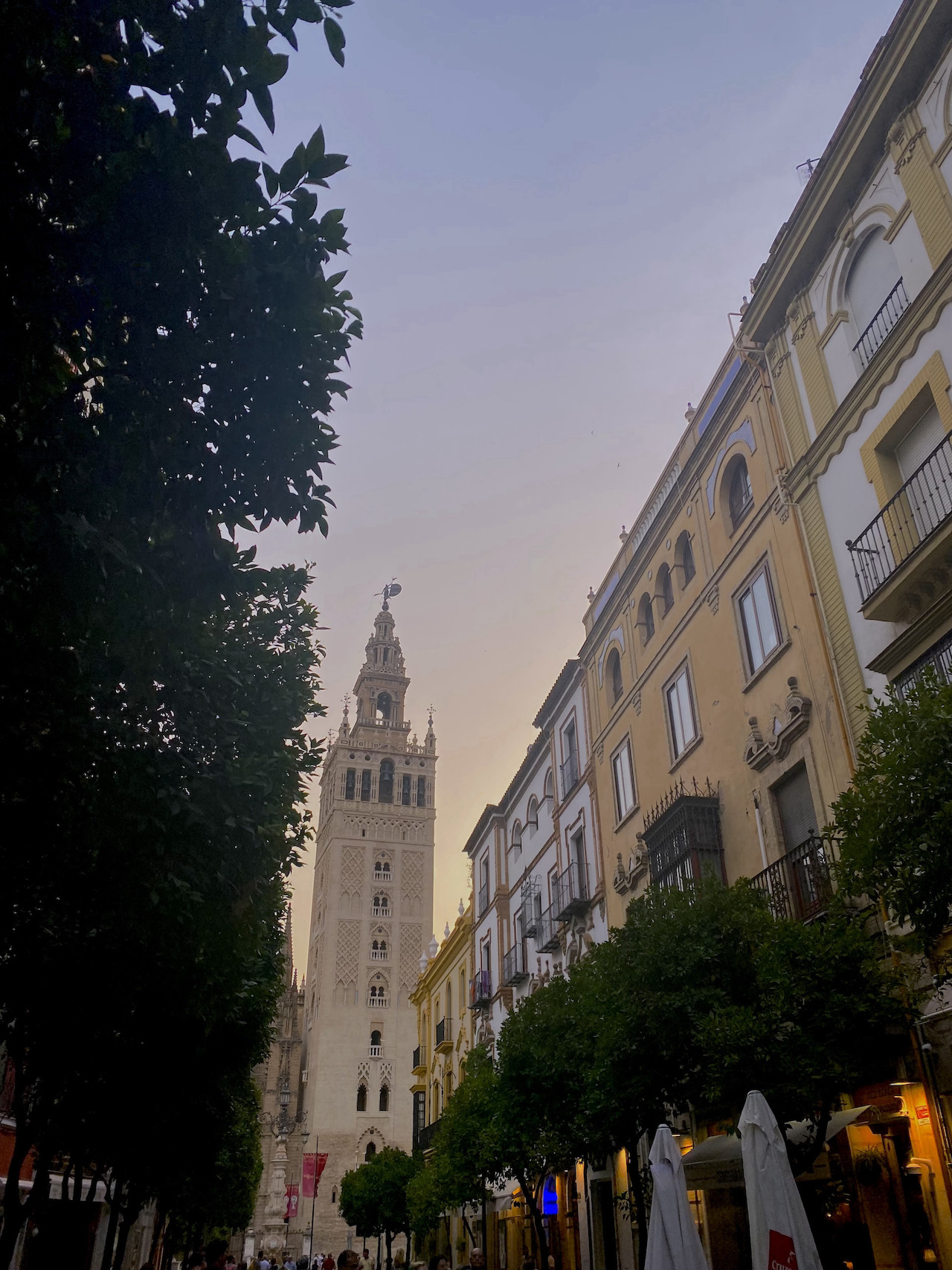 Seville was Roman, Visigoth, Muslim, and Christian, every stone of its big cultural heritage shows that.
The city is split by the Guadalquivir river: on one side the old Betis neighborhood and on the other the new center of the city. Check out here what to do in Seville during your free time.

Originally, Phoenicians gave their settlement the name “Spal” or “Ispal”, which means “flat ground”. Then, the Ancient Romans changed it into “Hispalis”. In the following centuries, to the Muslim hearing “hispalis” became “ishbilia”. From there it became Sevilla.

How do Spanish people pronounce “Sevilla”?

The transcription in phonetic characters of Sevilla Spanish pronunciation looks like this: [seˈβi.ʝa]. If you want to hear it, here you can find some natives that have left their audio recordings. As you may know, the double “L” in Spanish is pronounced differently based on the dialect: in Spain, it’s close to the English “Y” sound, while in some countries in Latin America, such as Argentina and Uruguay, pronounce it as a “J”.

Study in Spain: universities in Sevilla

If you decide to come to Spain to study you’ll learn Spanish easily and you’ll also discover its beauty and musicality. On this page, you’ll find Seville’s universities that have both language and regular courses.
Learn Spanish and live an unforgettable abroad experience.