Houses for sale in Sicily: the many joys of basking under the Southern sun

25,711 square kilometers (9,927 sq mi) that comprise a scenic and diverse coastline, mountain ranges, volcanos and a rich, distinctive cultural and traditional heritage magnificently showcased in its alluring towns and cities. Plus a string of paradise-like islands with evocative names: Egadi, Lipari, Pelagie, and Pantelleria. 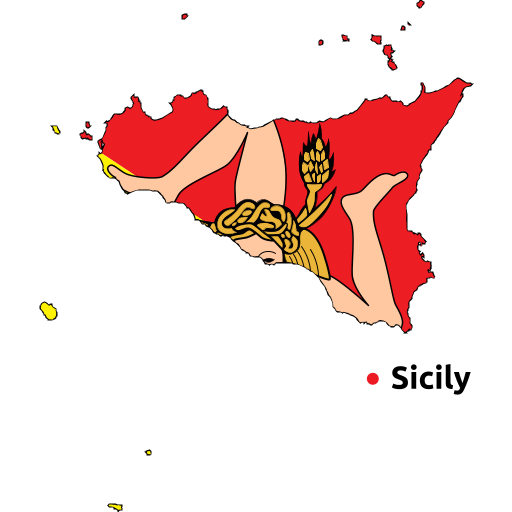 Sicily, the largest island in the Mediterranean Sea, is a gorgeous and seductive crucible of cultures, history, and ethnic groups. Kissed by sunlight for many months a year, it is a welcoming land, where extraordinary natural wonders provide a dramatic backdrop for architectural marvels that range from classical vestiges to Byzantine and Baroque.

It comes as no surprise that the houses for sale in Sicily are currently luring foreign buyers, especially Britons, it appears. As journalist Jack Griffiths puts it on Expatra “Sicily has so much to offer any expats looking for a slice of Italian Island life” because “it is affordable and caters to various different lifestyles”. When it comes to considering the pros and cons of purchasing Sicily real estate, these two aspects, and the distinctive flair of life in Sicily, are undoubtedly the most relevant factors.

Geographically and politically, Sicily is part of Italy. Yet, truth be told, its distance from the peninsular mainland and unique history of conquests that have molded its people and society, make this dazzling island a world unto itself. This implies that those who buy a house in Sicily have the opportunity to partake in the singular lifestyle of the island. 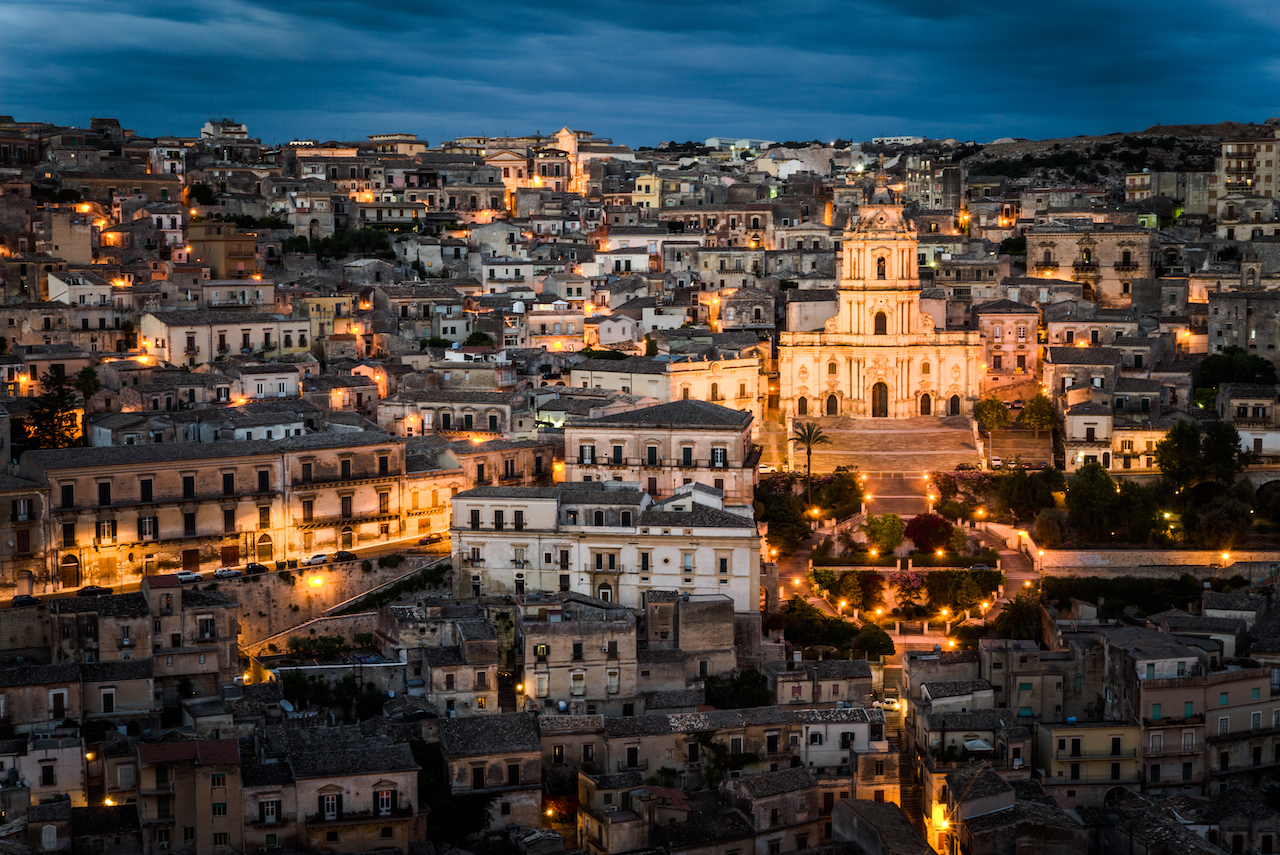 Many a traveler captivated by Sicily’s sun-drenched charm dreams about buying a house in Sicily. Enjoying the turquoise blue sea 8 or 9 months a year, and having the privilege of being surrounded by mesmerizing art and architecture, make island life very attractive. But does the Sicily housing market offer safe and solid investment options? That’s what potential investors need to be sure of. Indeed, Sicily offers unique attractions and advantages. Let’s look at these in detail.

Artistic and seafront allure: the opportunities of real estate in Cefalu and Siracusa, Sicily, Italy

Cefalu and Siracusa are two destinations that are emblematic of how Sicily real estate provides interesting opportunities for prospective investors. In fact, both offer a combination of spectacular beaches and architectural loveliness that attract thousands of tourists every year.

Buying real estate in Cefalu, Sicily, means being able to profit amply from the rent of your house in Sicily, especially during peak vacation season. On the other hand, real estate in Siracusa, Sicily, Italy can be cost-effective, especially in splendid Ortygia as Italy Property Guides points out, while allowing for easy access to the city’s diverse cultural scene and universities.

What makes Sicily, and its real estate opportunities, so attractive is that there is much more to it than wondrous beaches. This aspect is true for travelers as much as it is enlightening for prospective buyers. In fact, recent surveys show that tourism in Sicily is skyrocketing. According to a recent study conducted by Bookiply and published by the leading SiViaggia portal, 88% of Italians prefer domestic destinations, Sicily is the second-most-popular destination, and in February 2022 searches for island holidays doubled compared to January 2021.

Italians and foreigners are choosing to rent a house in Sicily

Also, because Italians largely prefer to rent a house in Sicily, holiday homes for the summer were already fully booked in March, and foreigners appear to be very much following the trend. The above-quoted survey, in fact also reveals illuminating data concerning foreign tourists: German and Dutch travelers, the research shows, are ever more attracted by this lovely island, and the foreign demand for vacation house rentals in Sicily has risen by 31.90% compared to 2019.

Many want to rent a house in Sicily, but just as many enjoy spending their holidays in one of the island’s picturesque agriturismi, i.e. rural holiday facilities. In fact, a survey conducted by Agriturist and published by Qds.it, reveals that over 280,000 foreign travelers are expected to visit the Sicilian countryside during Easter 2022. What this tells us is that country homes in charming inland towns like Salemi, or Bagheria, or Bivona Sicily, can be fine real estate investments for entrepreneurs who wish to focus on hospitality.

The first travelers who saw the information about SeeSicily vouchers could hardly believe their eyes. Yes because this strategic promotion plan offers striking bonuses to all that choose to book a holiday in Sicily. First and foremost, 1 night free of charge for 3 booked and paid for, 1 free tour/visit or deep-sea dive, 1 free ticket to cultural sights and, amazing, a 50% discount on the cost of the ticket for national and international flights and ferries or hydrofoils. This promotion is bound to yield results way beyond everyone’s expectations. 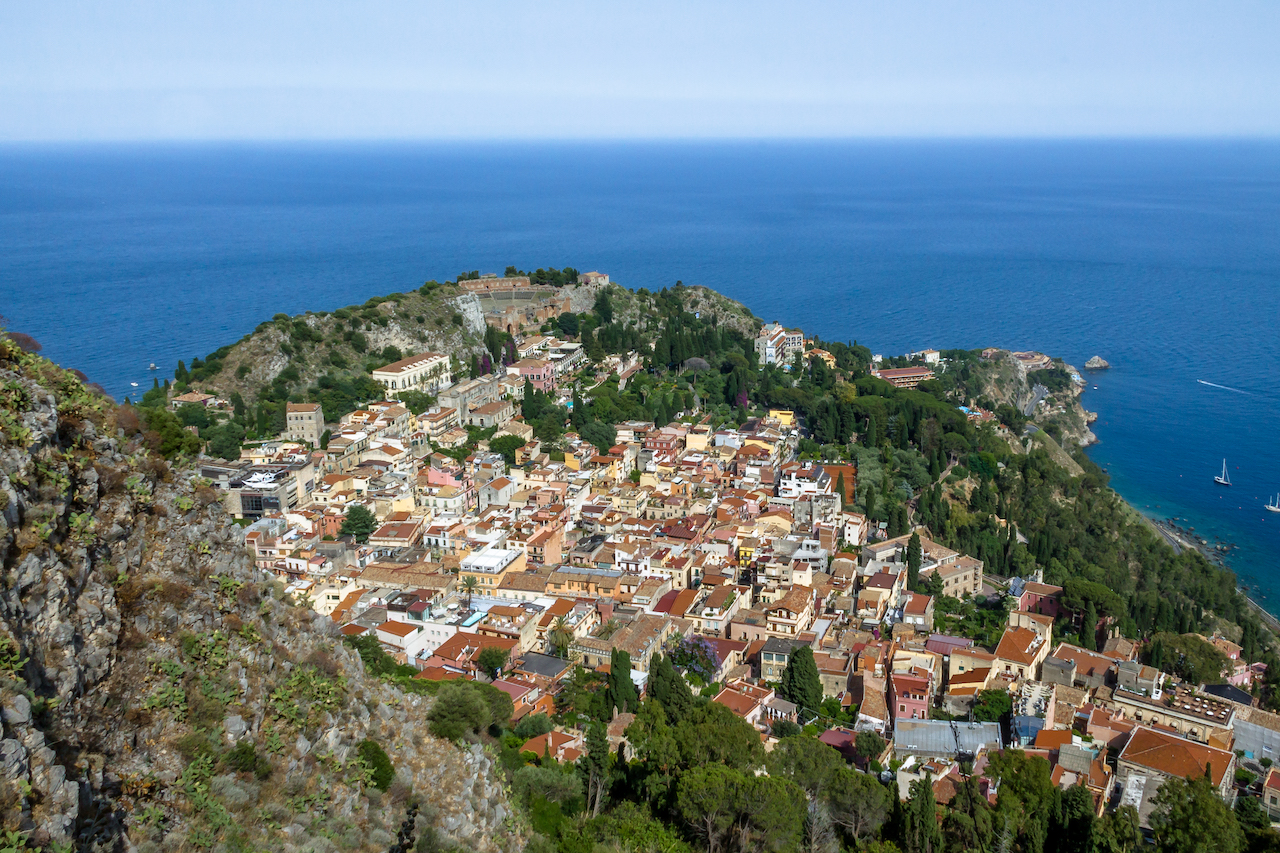 What the above data suggests is that buying a house in Sicily in 2023-2024, with the aim of renting it out, may very well be one of the best investments you can make, and the unquestionable attractiveness of Sicily further upholds this argument. Families, couples and solo travelers from all over the world yearly flock to Sicily to explore the main cities, Agrigento, Selinunte and the temples, Taormina, Siracusa and Piazza Armerina. Palermo, the capital, with its palm-fringed boulevards, Arabic domes, frescoes, and exotic markets, and volcano-crowned Catania, are no doubt among visitors’ favorites, but Noto, Ragusa, Scicli, Modica and the entire Baroque valley are just as bewitching.

In the summer, Italians and foreigners generally aim for the beaches, and in Sicily, they are spoiled for choice: the coastline, in fact, is nothing short of extraordinary. Must-sunbathes include Isole delle Femmine, Isola Bella (Taormina), Addaura, San Vito Lo Capo, the Zingaro Natural Reserve, and Fiumefreddo (Catania). The small islands off the Sicilian coast are just as enthralling: Favignana, Lipari, Marettimo, Panarea and Filicudi all offer a timeless charm and impossibly turquoise waters. One of the fabulous things about Sicily is that it hardly gets really cold. Hence, winter is a great time to discover the cities and villages, and attend one of the intriguing local festivals and celebrations.

Houses for sale in Sicily and the island festivals

Sicily has a whole set of traditions, legacies, and customs that set it apart from Italy and all other European countries. It comes as no surprise that its events and festivities are unique and extremely engaging. In winter, hundreds gather in Termini Imerese and Cammarata to admire the evocative nativity plays. Then the scene moves to Sciacca and Acireale, both seats of incredible Carnival celebrations. Easter and the different cities’ Patron Saint’s Days are just as popular, and equally fascinating, especially the parades and fireworks held in Palermo for Santa Rosalia and in Catania for Sant’Agata. Also, there are countless food-focused fêtes, among which are the Couscous Festival, the Ricotta Festival, the Pistachio Festival, and much more.

But how much do houses for sale in Sicily, Italy actually cost? The data recently published by the leading Italian real estate portal Immobiliare.it offers great insight, and a comprehensive overview of the average costs of property for sale in Palermo, or elsewhere in Sicily. As of March 2022, the average price for houses for sale in Sicily was €1.122 per square meter, showing a decrease of 3.19% compared to March 2021, when it stood at €1.159 per square meter. The highest price per square meter, on average, recorded last March was in the Palermo province, €1.235, while the lowest was in Caltanissetta, €707.

Taormina, Palermo, Lipari, Syracuse, Catania: where to buy a house in Sicily, Italy? Read a more in-depth article on the real estate scenario in Sicily and get a clearer idea of your investment.