5 reasons to study in the Andalusian capital

Seville: its warmth, its people, and its vibrant and relaxed atmosphere are aspects that we’ll never be able to describe thoroughly. The best way to understand them is to come here and experience them firsthand. Of course, an important decision such as studying abroad cannot be made only based on these aspects. Let’s see the first five reasons why a university student should choose to move to Seville:

Along with Madrid and Barcelona, Seville is one of Spain’s cultural centers. The University of Seville is particularly appreciated for the education level of the professors, as well as for the international environment that it offers. In the last few years this institution – which boasts 500 years of experience – has implemented improvements in terms of equipment and classrooms. This way it looks more modern and compelling both in students’ eyes and in the job market.
Here you’ll find the QS 2023 ranking of Spain’s and the world’s best universities.

Living in another country has a specific cost and there are some European cities where it’s hard to stay without spending all of your savings. Luckily, Seville is not one of them! Here rents are affordable and university fees won’t leave you or your parents financially broke. Also, restaurants and public transport are within everyone’s reach.

Seville and its historic-artistic heritage and beauty are priceless. Culture is behind every corner. An entire life won’t be enough to uncover its traditions and discover the city’s secrets. Discover what to do in Sevilla and you’ll agree with us.

Hot. Hot and hot again. If you love summer, Seville is the right place for you! The average minimum temperature is 11-celsius degrees, with precipitation only 50 days a year! A paradise with Mediterranean weather.

Seville is a university city and as such it’s rich in activities, bars, and events for young people!
A crucial part of an abroad experience is living, hanging out with people, and discovering different costumes and mindsets. All of this is possible only by chatting and knowing people. So, even when you’re at a bar drinking a cerveza (beer), you won’t only be enjoying yourself, but also conducting a proper ethnographic study.

What are you waiting for to come to study in Seville? 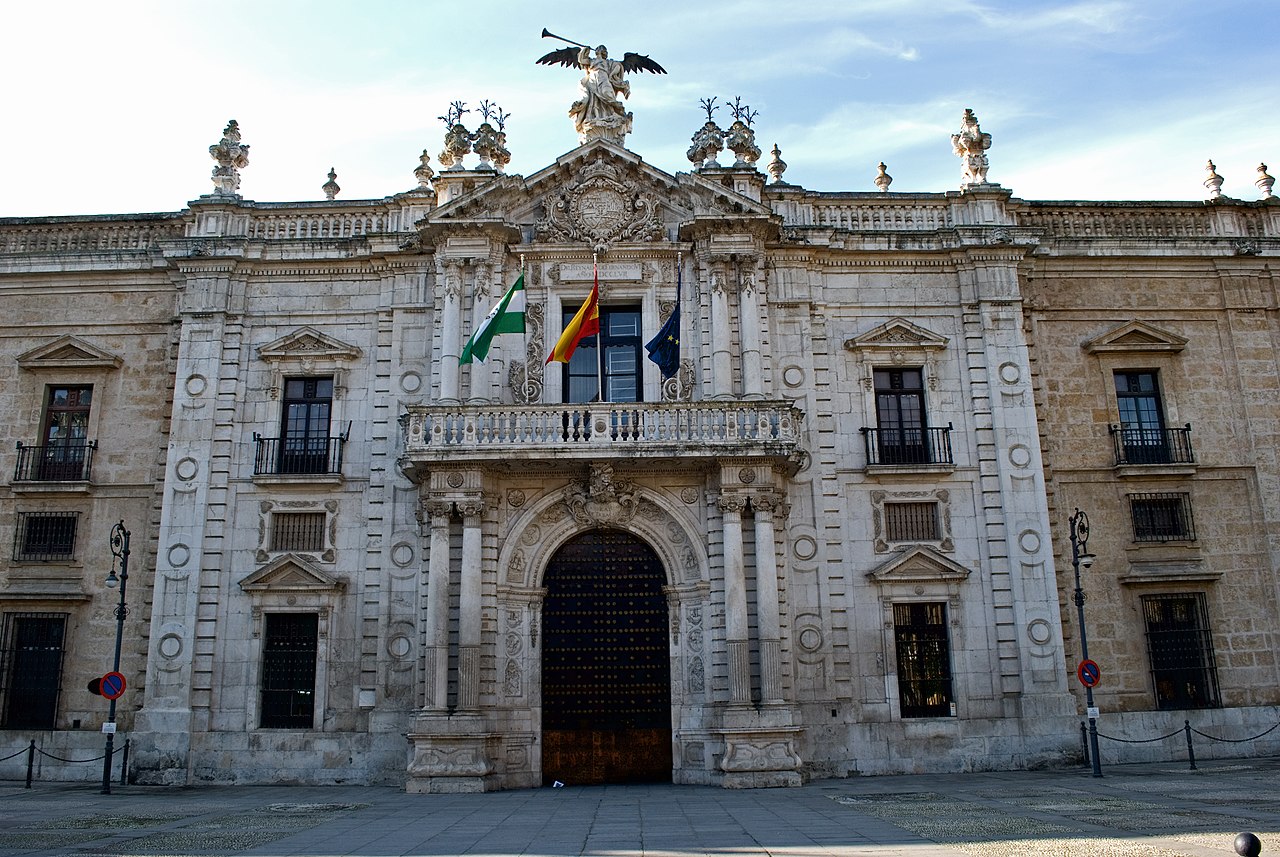 Which universities are there in Seville?

The University of Seville is a high-quality and accredited institution. Founded in 1505, today it counts about 60.000 students and boasts a rich experience in teaching and research. This public university is consolidated and active in the city’s social and cultural life.

Despite its long history, the university is fully projected toward the future. To prove that there are its prolific scientific research, its compromise in new technologies, and innovative infrastructures that it uses.
This public university, the oldest in the Andalusian capital, has its main facility in the Royal Tobacco Factory, but the campus includes more than 50 buildings.

At the moment the University of Seville ranking is included in the list of the most prestigious schools on an international level.
Thanks to its rooted presence in the territory it has established deals with many companies to guarantee a wide range of internships for its students.
In addition, it has programs for work orientation and integration and an employment agency that deals exclusively with its graduates.

Lastly, within its educational offer – composed of 75 degrees and 25 master’s – international mobility programs and collaborations with other European campuses have a leading role.
Proving the commitment of the University of Seville to international students, the institution has many courses imparted in English, which are always being increased in number.
Here you can find the complete list of the University of Seville courses that are taught in English.

The single faculties of the Seville university are spread over 5 main buildings. Following you’ll find a list of the faculties and their location in the city and information about which neighborhood they’re in. Pay attention because the University of Seville doesn’t have dorms or accommodation services, so you’ll have to do it on your own, with our help!

A comprehensive picture of the University of Seville degrees

Both degrees are in the city center. The closest neighborhoods are San Bernardo, southeast Triana, and northeast Los Remedios.

This campus is in the Reina Mercedes neighborhood, near the southeast area of Los Remedios.

These four faculties are sited between the San Bernardo and Nervión neighborhoods, so you won’t have any problem reaching both areas on foot.

The degrees focused on human health are in the La Macarena neighborhood, in the north of the city. On the other hand, the two university hospitals are located south of the center. The first hospital is next to the Reina Mercedes neighborhood, while the second one is way more down.

These two faculties are far north of the city, west of the La Macarena neighborhood.

Both faculties are between San Bernardo and Nervión. It’s very handy to get there!

UPO is a public university in Seville and it’s one of the most recent Spanish public universities. Founded in 1997, it is named after the Spanish-Peruvian politician Pablo de Olavide, who contributed to the developing planning of Seville.

Being a relatively young university, UPO was projected as an American-style campus, with dedicated academic and accommodation areas. Its 345 acres develop to the southeast of Seville, in the municipalities of Dos Hermanas and Alcalá de Guadaíra. It also has sports facilities, green areas, a gym, and a big library. 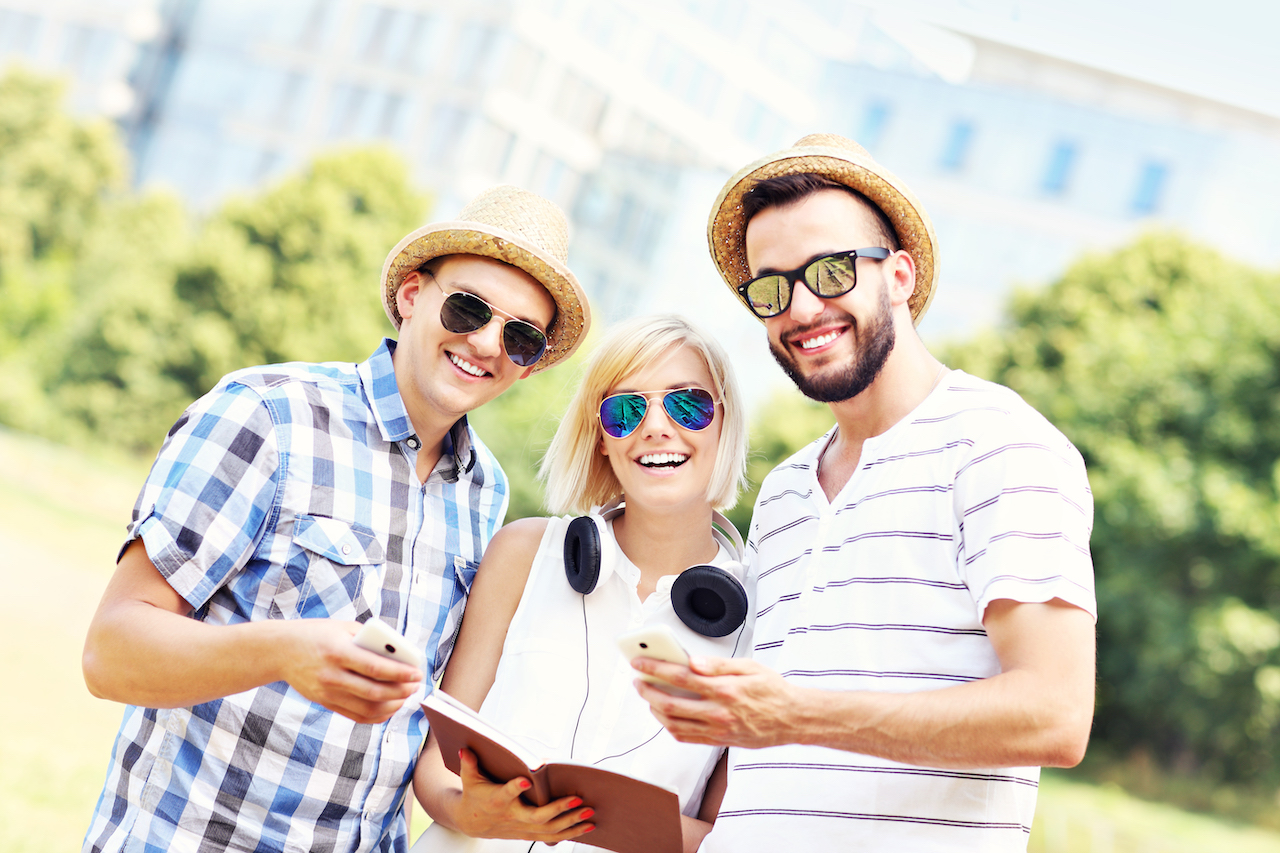 UNIA, founded in 1994, has four branches in the region: Seville, Málaga, Huelva, and Jaén. The Seville one is located inside the Santa María de las Cuevas Monastery, also known as the La Cartuja Monastery. Its academic offer doesn’t include Bachelor’s degrees, instead, it focuses on master’s, summer courses, and higher education courses. The subjects range from IT safety and Big Data analysis to Flamenco’s history and Andalusian poetry. If you’re interested in taking a look at the academic offer of the Andalusian University of Seville, click here.

In Seville there are also a lot of private universities, you can find some hereafter.

EUSA is a private university specializing in Communications, Tourism, and Technology. It offers bachelor’s and master’s degrees in journalism, advertising and public relations, tourism, and audiovisual communication. Among the master’s you can find, for example, specialized courses in 3D animation, international business, or infantile education.

If you want to learn English, or you are an international native-English speaker student, this university stands out because of the teaching language. Here you can find studies in different branches: accounting, advertising, architecture, and biology, just to name a few. It’s located in the Porvenir area, which is about a 30-minute walk from the center, but it’s also well connected to the rest of the city with public transport.

This institution is very near to Seville’s cathedral, in the Santa Cruz area, and close to the San Bernardo, Los Remedios, and Triana neighborhoods.
UIMP offers a specific service for language studies, ideal for Translation students.

The San Isidoro University Centre is a private institution affiliated with the Pablo de Olavide University, that offers bachelor’s degrees such as Physiotherapy, Sport Sciences, Management, and many others. It’s located in the Isla de la Cartuja neighborhood, in a great spot also for its proximity to public transport.

This university has quite an obvious downside: it’s a half-an-hour drive from the center of Seville, which is why it could be inconvenient to get there. In any case, Loyola University offers specialized courses in Social Sciences and Technology. Take a look here to peep at its academic offer.

Law, Business, Health, Environment, and Music, are just a few of the areas included in the CEU academic offer. Its campus has a big green area, sports, free time, and services, in the Bormujos outskirts, quite far away from Seville’s center. This university compromises in internationalization and new technologies.

As San Isidoro, ESIC is also in the Isla de la Cartuja neighborhood, in a location easy to get to with public transport. Its academic offering revolves around the Economics world, providing bachelor’s degrees such as International Business, Business Administration, Accounting, Marketing, etc.

In the Isla de la Cartuja neighborhood, graphic, fashion, and comic design enthusiasts can find the perfect place to sharpen their talent.

In Seville OUC you’ll find bachelor’s, post-graduation, specialization, and master’s degrees in any subject. It’s close to La Feria, quite near the historic center of Seville, and close to the Alameda and Macarena neighborhoods.

Map of the Universities in Seville

Here you’ll find a map of the Sevillan faculties and which neighborhoods they’re in or close to. This map can be useful to narrow down the areas where to look for accommodation.