The culture in Turin is rich; full of monuments, museums, art galleries, restaurants, beautiful palazzi, gardens and the list goes on. When visiting or living in a new city, it is important to explore and experience what it has to offer. This list certainly consists of more than one cultural place in Turin, Italy and soon you will find out that Turin has many elements of culture that you will be interested in and want to know more about ( enjoy our complete guide about Turin).
Anyway, in the section below StudentsVille's staff will inform you about the best travel itineraries (one day, two days or three, it doesn't matter) and the most beautiful things to do and see in Turin. 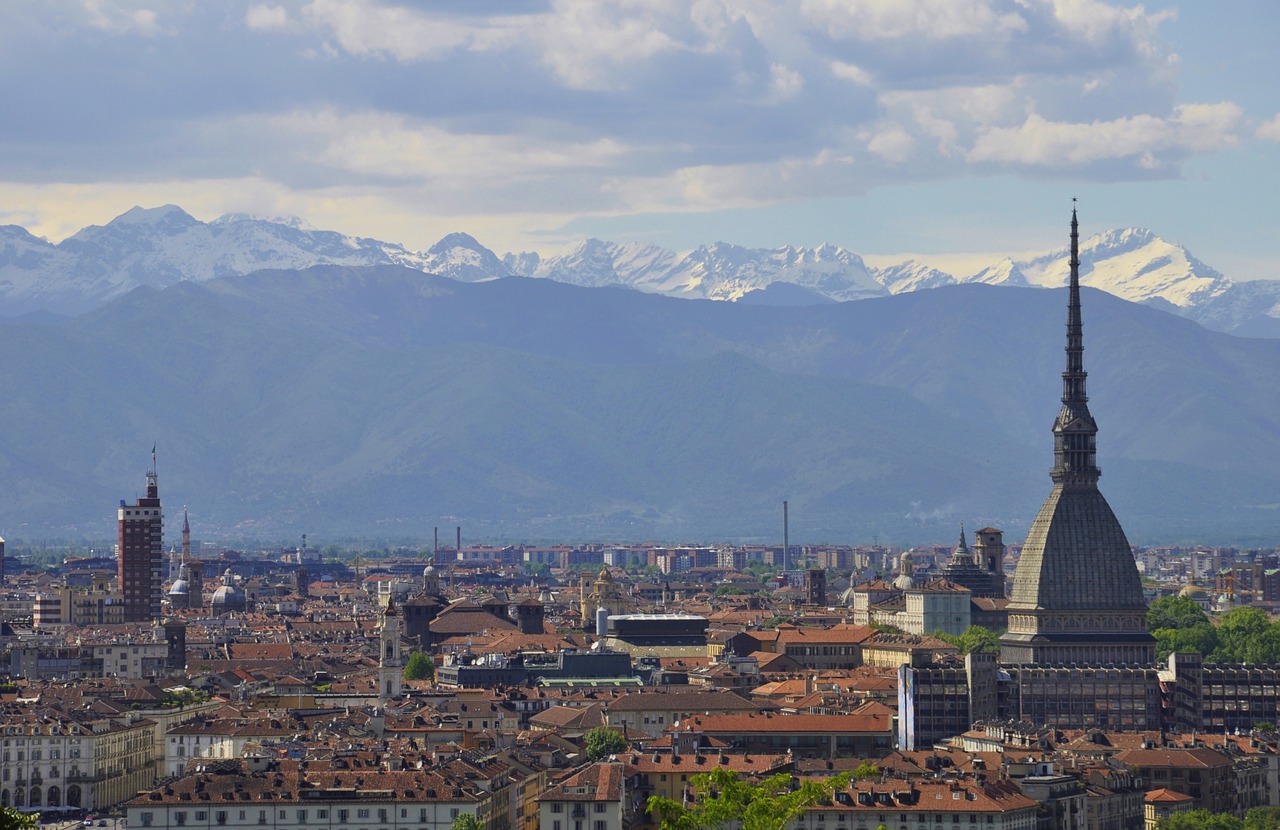 What to do in Turin, Italy

If you're wondering "what is there to do in Turin", you're in the right place. StudentsVille's staff has chosen the best things to do and to see in Turin:

Containing equipment and memorabilia from famous movies with a viewing platform at the top for a great view of Turin.

The oldest Egyptian Museum in the world. Complete with a vast collection of Egyptian artifacts including 3D films and interactive displays, Turin is thought to be where Egyptology began.

A contemporary art museum in an old royal residence- home to a fixed collection of art work as well as temporary art exhibitions. Check out the website to see if there are any exhibitions during your stay.

A highly interactive museum taking you through the history of cars and into the future. Also displaying cars that have never actually been produced.

Turin’s central piazza, lined with restaurants, theatres and museums. This piazza is home to Palazzo Madama, the original site of the Italian Parliament and Palazzo Reale or Royal Palace that was originally built for Carlo Emmanuele II.

Another cultural place in Turin, Italy stands 2200 feet (672 meters) above the city, here you can visit the Basilica, Royal Tombs, Royal apartments and climb the 131 steps to the top of the dome to see breathtaking views of the Alps.

The Duomo of Torino, dedicated to the patron saint of Turin, Giovanni Battista, is home to the Turin Shroud believed to have an image of Jesus of Nazareth on it. Come here and unravel the mystery for yourself. Is it real or not? I can't tell you anything, I can only answer to the tourists' question "can you see the Shroud of Turin?". Yes, sure, the museum is currently open daily from 9 am to 12:30 pm and from 3 pm to 7 pm (last entry one hour before closing).

Parco del Valentino is a famous public park in Turin, located along the banks of the Po: it surrounded by greenery, away from the hustle and bustle of the city is a fascinating place and rich in history, there are many attractions, the Medieval Village, the Valentino Castle, the Botanical Garden.

Among the most important in the world for the richness of its beauty, the National Cinema Museum.

The museum located in the center, inside the Mole Antonelliana. It takes place on several floors, is very large and full of things to see. It begins with the first studies on photography, the first moving images, until the cinema of the Lumiere brothers. Then it continues from decade to decade with the whole history of cinema.

Mole Antonelliana is a monumental building in Turin, located in the historical centre,. It is the symbol of the city in the world.

Egyptian Museum of Turin is the oldest museum in the world, entirely dedicated to the Niletic civilization and is considered the most important in the world after the museum of Cairo.

Palazzo Madama is a museum of ancient art. It houses unique pieces of high artistic value. It is very well managed and constantly exhibits exhibitions of great Italian and international artists.

In the oldest heart of the city of Turin stands the Royal Palace, with its elegant finely baroque facade and its unique combination of different styles. The Royal Palace of Turin was the ancient and prestigious centre of power of the Savoy family for three centuries. A UNESCO World Heritage Site since 1997, today this majestic palace proudly shows the hand of all the famous artists who worked there between the 17th and 19th centuries, making it one of the most important sites of artistic and cultural interest in the city of Turin.

If you're going to visit Turin for a weekend, read the StudentsVille's guide about the best things to see in Turin in two days. In the section below you will find all the answers to the question "what is there to do in Turin in 2 days".

The second most important Egyptian museum in the world. It has 4 floors (the third floor is dedicated to temporary exhibitions) and traces the history of ancient Egypt with authentic artifacts found in Egyptian burial sites in the early 1900s.

Definitely the symbol of the city. The Mole Antonelliana offers a suggestive view of the city from its top.

National Museum of Cinema is a special place where it is possible to have an immersive and involving experience: it is in fact housed in one of the most interesting historical buildings in Italy - the Mole Antonelliana - designed by architect Alessando Antonelli in the 19th century and soon became the symbol of the city of Turin.

Palazzo Reale, overlooking and dominating Piazza Castello, besides being a building of architectural and aesthetic value, is the fulcrum of Turin's history as the residence of the Savoy royal family.

Palazzo Madama and Casaforte degli Acaja is an architectural and historical complex located in the central Piazza Castello in Turin. It is a UNESCO World Heritage Site, as part of the serial site Residenze Sabaude. The palace houses the Civic Museum of Ancient Art.

Palace of Venaria is one of the Savoy Residences part of the UNESCO World Heritage Site since 1997. The palace of Venaria was designed by the architect Amedeo di Castellamonte.

Piazza San Carlo, known as "living room" of Turin, is one of the most important squares in the historical centre of Turin.

Piazza Vittorio Veneto, is one of the historical and porticoed squares of Turin, located in the eastern part of the city centre, between the end of Via Po and the left bank of the river Po.

Other notable places to visit in Turin

An old roman settlement and home to some of the cutest restaurants, shops and bars.

Every Saturday and second sunday of the month, search through antiques, clothing and furniture for some great finds.

A likely home for exhibitions and fairs in Torino, this covered courtyard, often has live music, fairs and exhibitions within its walls. Check out the link above to see if there will be any events for your time in Turin.

Turin is a child-friendly city: if you visit Turin with a baby, you will have a lot of fun because there are many places for family activities. Studentsville's Staff has selected the best tourist attractions in Turin for toddlers and kids:

The PAV-Parco Arte Vivente is an experimental centre of contemporary art, created by the artist Piero Gilardi and directed by Enrico Bonanate. It incorporates an open-air exhibition site and an interactive museum intended as a meeting place and laboratory experience.  The visit of PAV encourages the dialogue between art and nature, biotechnology and ecology, between the public and artists.

Zoom Torino is a zoo, the perfect place to visit in Turin with toddlers.

The Planetarium of Turin, Museum of Astronomy and Space is located in Pino Torinese, on the hill of Turin. It stands next to the Astronomical Observatory, an ancient scientific institution in Turin. Its facilities include an interactive astronomy museum and a 98-seat digital planetarium. So visiting the Planetarium is a great way to see Turin with family.

Turin for free: the best 5 things to see

From Monte dei Cappuccini, the hill behind the city on which stands the convent Santa Maria al Monte, you can have a beautiful, stunning, panoramic view of Turin.

Santuario della Consolata is dedicated to Mary and is considered the most important sanctuary of the city and the Archdiocese of Turin. It's a true masterpiece of Piedmontese Baroque. The access is free of charge.

Biblioteca Reale ("The Royal Library") of Turin is one of the most important cultural institutions of the city, part of the UNESCO serial site Residenze Sabaude. It is located in the complex of the Royal Palace of Turin.

Fontana Angelica is located in Piazza Solferino, not far from the monument dedicated to Ferdinand I of Savoy. It was Minister Bajnotti who wanted to build it, as he left in his will, and who wanted to dedicate the fountain to the memory of his parents.

Turin is not so big but it is easy to get lost, so there are many tours of Turin for tourists:

For discounts and free entry into select museums, check out the Torino & Piemonte Card.