Home » Cagliari city » Living in Cagliari » Cagliari, Sardinia: What to see including the Cagliari Cathedral

If you are going to visit Cagliari, the capital city of Sardinia, then you have come to the right place for all of the best things to see in Cagliari. This city is an important port city with not only a beautiful marina but an amazing stretch of coastline, breathtaking parks and a rich history. 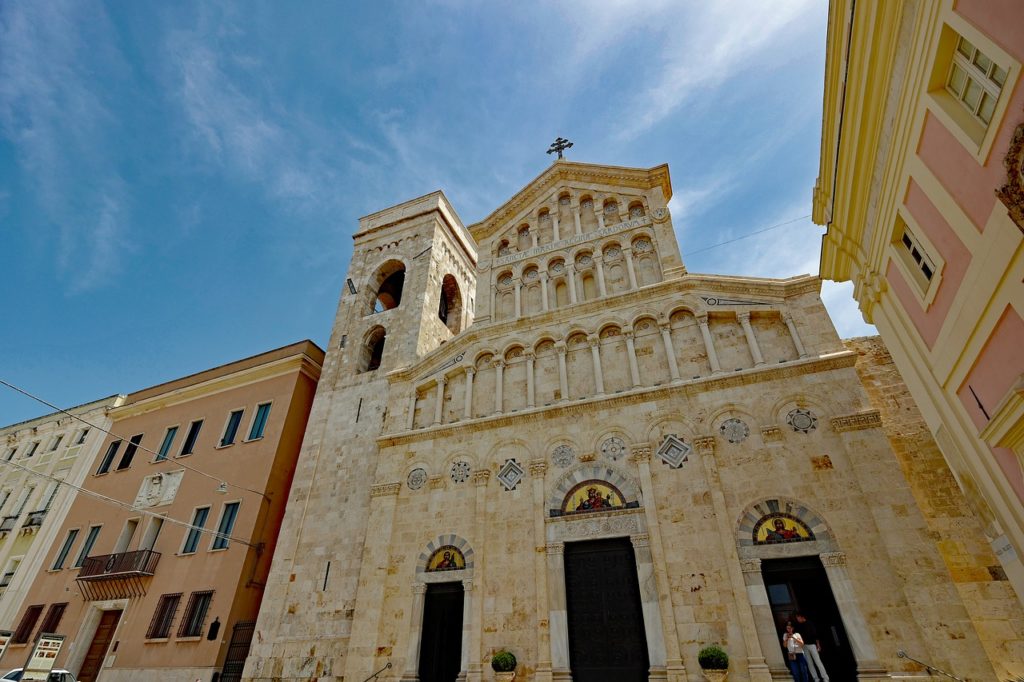 Cagliari: What to See

This cathedral, designed in the shape of a latin cross, was originally in a different area of Cagliari altogether, however in 1254 it was rebuilt to be within the confines of the Castel di Castro walls. Having been redone a number of times, what you see now is a mix of many different styles including Romanesque and Baroque that was last redone in the 1930’s. Take a look inside for a number of beautiful frescoes on the ceilings, marble monuments and impressive wood work.

Corner of Via Santa Croce and Via Università

For some of the best views of Cagliari and the surrounding seas, climb to the top of what was once a watch tower built in 1307. From afar it may not seem like much, but get closer and take note of all of the special detailing of the tower.

Originally built as a defensive structure within the city walls and is considered one of the most important monuments in Cagliari. Named after the first Piedmontese Viceroy, you can use this as another viewing platform of your surroundings.

Here you will find a grouping of some of the museums in Cagliari. If you don’t have time for all of them, we highly suggest going to the Archaeological Museum, where you can see Greek, Roman and Punic artifacts such as coins, jewelry, statues and more. Among the other museums you will find the Cagliari National Gallery, Anatomical Wax Collection and the Oriental Art Museum.

Via St. Ignatius of Laconi

One of the best preserved ruins in Cagliari and worth the €3 entrance fee. It was once used for gladiator contests, executions and performances and still today you can see performances and/or concerts held there during the summer months.

Cagliari Market Tour - Explore the famous San Benedetto Market and taste some of the traditional foods and dishes that help make the Cagliari culture what it is.

Cagliari Tours - seek out other tour options here such as Archaeological Cagliari, Medieval Cagliari and Underground Cagliari, among others.